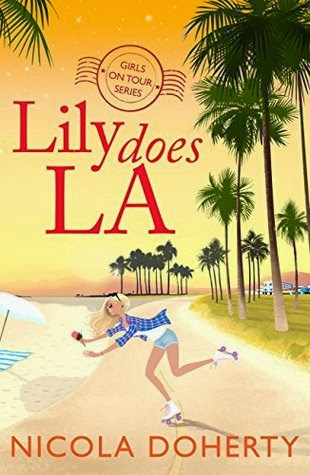 MY SYNOPSIS
Imagine this: You have always wanted to be an actress. The joy of being in a theatre, cinema performing behind a camera or in front of an audience gives you a rush you can’t explain. Except the only camera you have ever been behind is that of an ad for a low-quality product on the market which wouldn’t by nay chance emerge the biggest thing close to women’s perfume.

So your cousin invites you up for a wedding in L.A. EL-ay! The Mecca of all the world’s finest people. And some way, just somehow you think you might get your break and become the next biggest thing in women’s perfumes ads close to Scarlett Johansen when you stumble upon a talent scout. Then you find out your cousin’s groom is a film agent.

Really, the universe must be speaking to you.

But then there’s your dad and your cousin speaking to you; warning you, you are not allowed to bring up anything about movies so as not to put the groom in an awkward position than he already is selecting napkin colours for guests.

Do you perhaps need to sit back and help your cousin with all her hectic wedding preparations hoping your dreams would come to life? Or perhaps, take matters into your own hands (discarding the bridal bouquet) to make your own dreams come true?

Lily’s life summed up for your utmost delight.

MY REVIEW.
Pack up your bags, quit your job and go to Hollywood hoping you would land a role in a major picture.  Loved the storyline of this book. Girl gets fired for practicing an accent on a job in a call center, Girl jets to L.A for her cousin’s wedding, Girl goes through all the wedding preparations lining herself up for auditioning for major TV roles. Superb!── ★

If you love books for their heroines, Lily is your one stop. Funny, brutally honest except for the occasional lies needed in order to succeed, secretly pissed at her dad for ditching her mother for the F-Bomb and secretly covets Emma Stone for getting her break younger than her. You would be cheering Lily on all the way considering she’s an ordinary, relatable girl who just wants to make her dreams come true and would stop at nothing just so she could become that famous actress (we all secretly want to be too).── ★★

Some other characters made reading this book fun. Think Alice the cousin who encourages Lily never to give up yet expects her to keep her acting on the down-low all through her days in Hollywood. Fiona, Lily’s soon-to-be step-mum who tries way too hard to win her over. Cynthia, Alice’s Future Mother-In-Law who’s bent on giving the couple a wedding as traditional as possible no matter what it takes. Jesse, the groom’s cousin who’s so law-abiding about everything enough to make you cringe.── ★★★

The ending to this novella was amazing, heart-warming and unexpected. I love that though it was a short-story it wasn’t predictable like a lot of others I have read. A star to the ending.── ★★★★

Lily does L.A as part of Nicola Doherty’s Girls on Tour series is available on amazon.

My work not done here. Off to post my review on Goodreads.
Posted by Unknown at 03:21