Maria Constantine debut author of My Big Greek Family stopped by on our blog to discuss her chick-lit timeline. Check out all the books that sizzled her pre-teen/adulthood years... 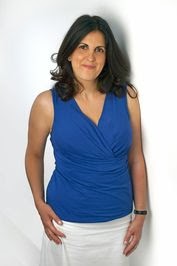 There are so many books within the genre that I have enjoyed over the years, but in writing this timeline I cast my mind back and selected a few to share.

A Woman of Substance by Barbara Taylor Bradford 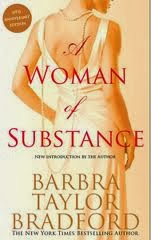 This was the first women’s fiction novel that I picked up and couldn’t stop reading until I reached the end. Emma Harte is a servant girl who overcomes adversities and goes on to build a business empire. Her courage, resilience, integrity and determination captured my heart and imagination. Barbara Taylor Bradford created a character in Emma Harte that has stood the test of time. It is a rags to riches story in a class of its own. 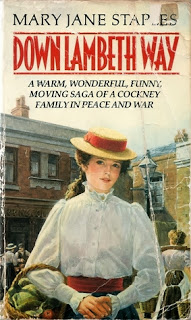 My sister introduced me to Mary Jane Staples’ family saga by lending me Down Lambeth Way and after that I had to carry on reading the next one in the series. The books are based on the Adams family – a poor family living in Walworth, London in 1914. Mrs Adams (also called the Chinese Lady by her children) made me smile with her enormous emphasis on respectability whilst her children; Boots, Tommy, Sammy and Lizzy were such a lively bunch, drawing me into the heart of their family life. The characters came out with memorable cockney phrases that have stayed with me years on.

Lucy Sullivan Is Getting Married by Marian Keyes. 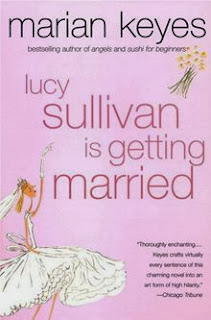 I had read Watermelon and loved it, and Lucy Sullivan Is Getting Married was just as entertaining. Marian Keyes is one of my favourite authors within the genre; her writing is full of wit and humour and you cannot help rooting for the protagonist who is flawed and very likeable. Lucy Sullivan had me laughing and gasping as she untangled the strands of her life and tried to figure out whom she would be marrying within a year.

Eat Drink and Be Married by Eve Makis 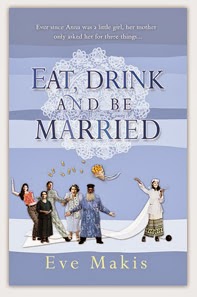 Eve Makis’ novel was not only heart-warming and funny, but like Anna, the protagonist, I am also of Greek-Cypriot origin and so the story resonated with me on a deeper level. I found it inspiring to read a novel within women’s fiction where the protagonist was of second-generation origin. Anna had to reconcile two cultures and faced a different set of challenges as she sought direction in her life.  Eat Drink and Be Married reminded me of My Big Fat Greek Wedding and together they encouraged me to write the story I wanted to write irrespective of whether it was typical for the genre. 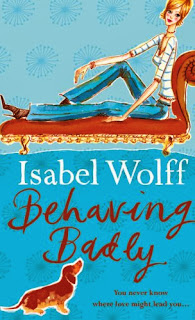 Isabel Wolff is a master in the chick lit genre and I particularly enjoyed the animal behavioural thread in Behaving Badly.  Miranda Sweet, the protagonist, is an animal behaviourist and she sets up her own clinic, helping owners deal with problems they are having with their pets. So there is Trigger, the domineering Weimaraner who needs to be taught his place in the household and Jennifer the Shihtzu who has to be treated for separation anxiety. But as Miranda sets about helping her clients she is confronted with a secret she has kept buried in the past and must resolve it if she is to find love. I was wrapped up in the story and intrigued to know what terrible secret Miranda was hiding. Highlights in the story were the pets and their behaviour; the scenes were interesting, insightful and often amusing.

Jamaican Me Crazy by Debbie DiGiovanni 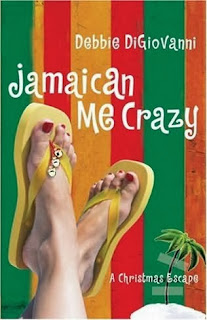 Debbie DiGiovanni’s novel is fun and different. The story is based on the conservative women of the Lakeside Baptist Christmas Club deciding to do the unexpected – buying five tickets to Jamaica and spending Christmas away from their family. They get more than they bargained for on holiday and what I particularly liked about this book is the friendship between the women – and their very different personalities. 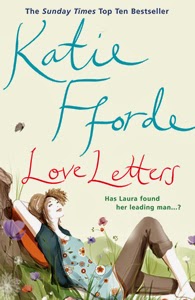 I have recently read Love Letters. The story line appealed to me from the blurb; Laura Horsley works in a bookshop that is about to close and she finds herself roped in to help organise a book festival. The problem is that Laura is someone who prefers to stay in the background and often lets life pass her by as she has her nose stuck in a book. But the story sees Laura coming out of her shell, taking chances and experiencing life as opposed to standing on the sideline. I found Laura refreshingly different and the book a pleasure to read.

There you have it, Maria’s Chick-lit Timeline.

Maria’s debut, My Big Greek Family, is out for grabs on Amazon and Barnes And Nobles 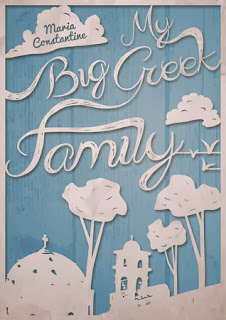 Synopsis: Georgina Andreou is at a crossroad in her life; professionally she’s successful, but her personal life is unfulfilled and lacking. As her huge Greek family descend upon the house to celebrate her thirtieth birthday, Georgina resigns herself to the fact that she is alive, but not living. Still at home with her parents and siblings, she’s torn between the traditional Greek values with which she has been raised and a more liberated, adventurous future. The time has finally come for Georgina to make some serious changes in her life in order to find happiness. And she isn’t the only sibling in the Andreou household who’s facing a culture clash; Katherina falls for an unlikely suitor at work, despite her family’s relentless mission to get a ring on her finger, and she is forced to face a secret she has kept buried for many years in order to take a risk on love again. Meanwhile Sophia, the youngest of the Andreou sisters, and the most rebellious, discovers a new spiritual direction in her life. The sisters’ bond is strengthened when the three of them decide to go on holiday together; secrets unravel and hidden emotions finally surface.

The trip acts as a catalyst for change in the girls’ lives and provides them with the courage they need in order to move forward. For Georgina, it helps her to find the strength to be the woman she wants to be and not the woman she is expected to be. But back in London, the sisters will have to steel themselves against opposition from their parents who find it hard to understand the cultural challenges their children face. Will their responsibility to the family prove impossible to resist?

Rumor has it Maria loves it when readers get social. Share her interests in book choices? Love the sound of her book (like I did)? Drop by to leave a comment on...

Don’t also forget to check out my review of My Big Greek Family coming up on a later date. Till another post...